Well, it was my birthday a week and a bit ago. (11th April for those of you taking notes)

Having *just* recovered from a nasty cold, and surprisingly not feeling like death for the first time in a very long time, I decided to seize this opportunity and go and check out Ippudo, the new ramen kid in town. It’s a Japanese chain (Steve and I have previously visited an Ippudo Express in Gifu in Japan) so my expectations were high. (But secretly I was ready to be disappointed) I rounded up my ramen loving friends – Chad, Pete & Nicole and headed off to Kings Square (a new development in Perth next to Yagan Square). I was expecting a long queue so was pleasantly surprised to only see a few people out front. When I have walked past it on a weekend, the queue is always very long. I guess Wednesday nights are a little less popular.

We were let in and got to sit in a booth which was nice. I’d already checked out the menu online so pretty much knew what I wanted, but had another look just in case. I decided on the Shiromaru ramen with an extra side of chashuu and egg (how predictable). I also couldn’t resist ordering the Crispy baby crabs. Poor little baby crabs. But they shouldn’t be so delicious.

And I’m pleased to report that the ramen was delicious. The broth was tasty and the egg was well cooked. The bowls were smaller than your standard Japanese ramen, but that was ok with me as it actually meant I could finish the whole thing. 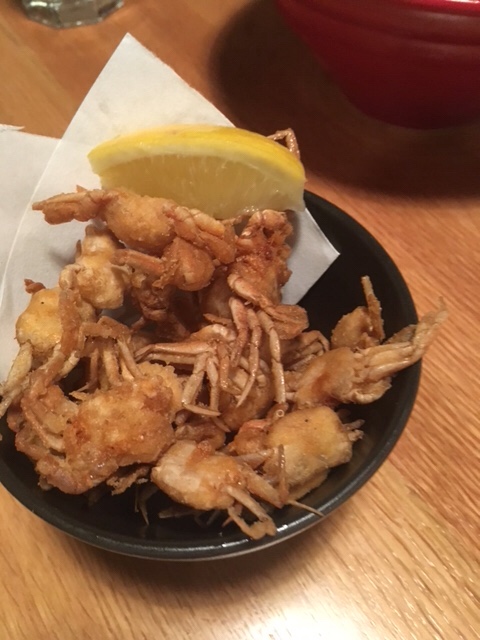 See, proof that I ate the whole bowl full

After ramen we decided that the only sensible thing to do was to get icecream. We wandered over to nearby Yagan Square and got some delicious icecream from Jersey Jack Gelato. I wanted two flavours so I had to get a double, which in hindsight was probably a little too much icecream. Although it was delicious. 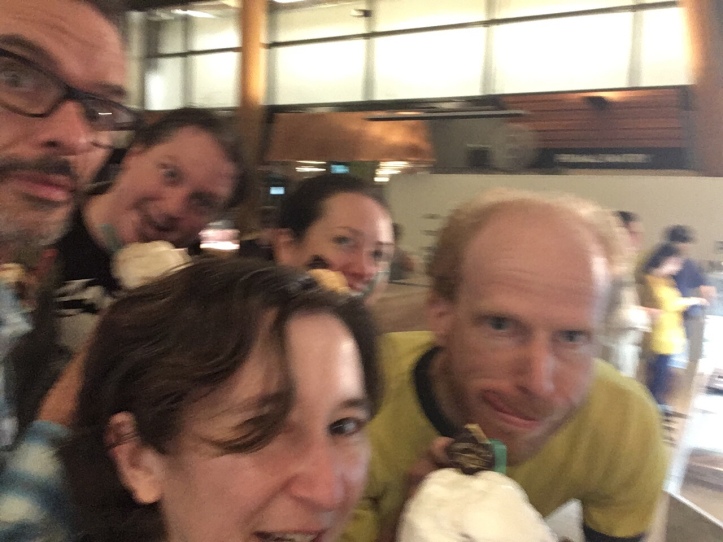 Then we took some random group photos.

It’s exciting times in Perth as far as ramen goes. Not only do we have Ippudo, but there is also Hakata Gensuke in Vic Park (I tried their ramen for the first time a few weeks ago and it was top notch). Keisuke Tonkotsu has just opened in the city and whilst I have yet to try it I can tell you that they offer FREE ENDLESS EGGS at the table. Yes, the dream is true. (I know this is a pretty common thing in Japan, but this sort of thing is unheard of in Perth). And whilst walking down Barrack Street in the city the other day I noticed a sign for yet another place that is opening – Bari Uma ramen which professes to have thick cut chashuu!!! I was just lamenting whilst eating the ramen on my birthday that whilst we now have several good ramen places in Perth, nobody does thick slices of chashuu. And then bam! It’s like someone was listening to my conversation. Times have certainly changed a lot since I first visited Japan in 2005 and came home desperately craving ramen, yet there was none to be found. It’s only taken 10+ years!

A Little Bit of Soy

Great about Perth
A Hole in the Head